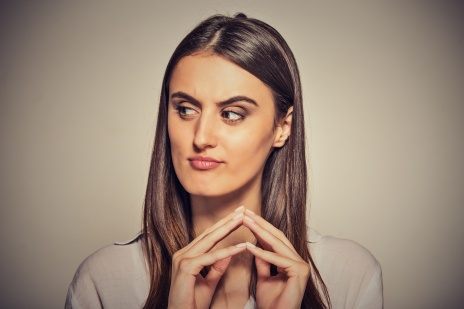 The story goes that a Korean houseboy was hired by a group of American soldiers during the war to take care of their needs. The soldiers liked this young man, but they tormented him mercilessly. They nailed his shoes to the floor while he slept. They put grease on the stove handles, and mounted a bucket of water over the door so that he got drenched when he walked in. Through it all, however, he never complained. He just went about his work, and smiled, and seemed to take it all in stride. One day the soldiers began to feel guilty, so they called him in to apologize. “We want to stop all our pranks, and tell you we are sorry,” they said. “We won’t do it again.”

“No more nails in shoes?” the houseboy asked.

“No more,” the men promised.

“No more sticky on stove?”

“No more water on head?”

“No more,” they answered.

The late financial counselor, Larry Burkett, used to tell the story of the man who bought a Mercedes for $50. He was looking in the L.A. Times classified section one day and saw an ad for a nearly new Mercedes for $50. Sure that it was a misprint, he called the number and the woman assured him that the car really was for sale for that price. He told her be would be right over, and set a new land speed record getting to her house. Expecting to find a problem but hoping against hope that this was not a dream, the man discovered a shiny new Mercedes, in mint condition, in the woman’s driveway. He quickly wrote her a check for $50 before she could change her mind, and when she handed him the keys, he said, “Do you mind me asking why you are selling this car for this price?” She said, “Not at all. My husband decided he didn’t want to be married to me any more, and he left me for another woman. He called two days ago and said we would divide everything up and told me to sell the Mercedes and send him half.”

Ahh, revenge. It just seems to feel right, doesn’t it? The problem is, many things that feel right are deadly wrong. Revenge may feel great going down, but you pay for it later. Getting revenge is like drinking poison and waiting for the other person to die.

Jesus made it clear how I am to respond when someone hurts me. If I have been offended, I am instructed to go to the person who sinned against me and tell him what he did. Just the two of us, face to face. Jesus said, “If he hears you, you have gained your brother.” That’s the goal, that our relationship would be restored, not that I get my pound of flesh. If he will not listen, then I get a trusted and mature friend and go back to him. Just the 3 of us, face to face. If he still will not listen, then I go before the church leadership with the problem. In every step, restoration is the destination, and forgiveness, not revenge, is the vehicle that will get you there.

A restored friendship is much sweeter than revenge could ever be. If you don’t believe it, call me when you want to sell your Mercedes.