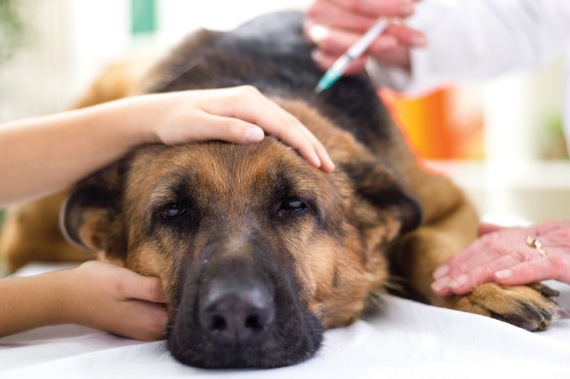 I heard about a man who put himself through veterinary school by doing taxidermy, you know, stuffing dead animals so people could mount them on the wall. When he finished school he decided to open a business where he could do both, a combination vet hospital and taxidermy shop. The sign outside said, “Either way, you get your dog back!”

One of the younger men in our church spoke at our men’s breakfast last Sunday and shared that he didn’t remember a time growing up when he turned around and thanked his father for the spanking he had just administered. He laughed and said, “But looking back on it, I know that what he was doing for me was good, and God used it to build my character. ‘For the moment, all discipline seems painful rather than pleasant, but later it yields the peaceful fruit of righteousness to those who have been trained by it.’” He was quoting from the book of Hebrews, which explains that God disciplines us because he loves us, and because we are his sons and daughters. So, we are not to take it lightly, nor are we to be discouraged by his corrections. The end result, as we are trained by the discipline of the Lord, is well worth the momentary pain. What does that have to do with the taxiderm-a-vet? Nothing, really, I just liked the story. No, I believe we can take courage as followers of Christ that he will change us and grow us up, but not always in the ways we would prefer. That’s why the Scripture says, “It is for discipline that you have to endure.”

Joseph went through several years of discipline as he sat in a prison cell for a crime he didn’t commit. He believed that this was part of God’s plan for him, just as being sold into slavery had been, and he trusted the Lord to work through his trial for his good and for the benefit of others. Instead of sitting in the cell for years complaining, or feeling sorry for himself, or growing bitter and hardened, Joseph served. The keeper of the prison, seeing Joseph’s character, put him in charge of all the prisoners.

Peter went through the hardest trial of his life when he denied Jesus three times, just as the Lord had told him he would. The rough and tumble fisherman trusted in himself, even proudly crowing just hours earlier, “Though they all fall away because of you, I will never fall away.” Hey, Jesus, I know these other guys are weak, but not this guy. I’ve got your back; you just turn around, and I will be right behind you.

The crushing weight of Peter’s failure did not destroy him. Just the opposite. It broke his pride and prepared his heart for that day on the beach, a few days later, when Jesus would ask him three times, “Do you love me, Peter?” For each time Peter denied Jesus, he was able to look his Savior in the eye and tell him, “Yes, Lord, you know that I love you.” Then Jesus did the unthinkable: he restored Peter to a place of ministry. He told him three times, “Feed my sheep.”

Does the need for discipline disqualify you to be useful to the Lord? No, it proves that you are his. Does failure put you on the sidelines? No, it puts you in a place to be restored to usefulness. Does undeserved punishment mean that God has forgotten you? No, it makes you a recipient of an even greater measure of his grace.

So, welcome the discipline God brings, and take your life, every part of it, to him.

But don’t take your dog to a vet who is also a taxidermist.