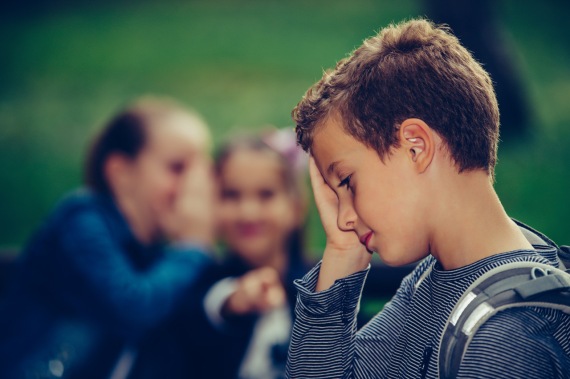 I remember it like it was yesterday. It is my 4th grade class with Mrs. Wade, and time for recess. Every day, it is the same. When the teacher announces recess, I am at once fearful and elated, excited and filled with dread at the same time. Why? I am excited and elated because I get to go outside and play, one of my passions even to this day. I am fearful and filled with dread because I am one of the smallest boys in the class, and I know that recess means kickball. I know that kickball means that the two biggest boys in the class will announce that they are captains and start choosing their teams. The girls will stand off to the side and giggle as the boys make their selections from among the rest of us young pre-pubescent males who are standing there, trying to look tough and athletic. Not me. I am standing behind a row of taller boys and occupying my full attention by gazing at my right foot. Anyone who is observing this whole scene would have to write in his notes: “The short, skinny kid, Fox, is staring at his right tennis shoe like it’s his job. What is going on with him?”

What is going on is that I know what will happen. Every single boy on that field will be chosen until there are two left, me and this other little kid named Albert. Then the two self-appointed captains will argue over who gets me and who gets Albert. The girls on the sideline, in the meantime, are whispering to each other and giggling into their hands. I am dying. The selection process is finally over, and the game begins, and I can relax a little, and just try to not make my team lose.

When Jesus came to his hometown to preach for the first time after his ministry had begun, he opened the Old Testament to Isaiah and read a passage about the coming Messiah that included this statement: “He has anointed me to preach the gospel to the poor.” This is not an economic designation, this word for ‘poor.’ Rather, it is a word that describes “those who for any number of reasons were relegated to positions outside the boundaries of God’s people.” Jesus came to preach to people who knew they were outside of God’s boundaries (all of us are) and who knew they were lost and needed a Savior (all of us do). He came to reach the human race, which comes in many colors, many nationalities, many socio-economic backgrounds, and he alone can do that. He alone has the answers we need for origin, identity, and purpose. He alone has answers for suffering and sin and salvation. Rebecca McLaughlin writes in her book, Confronting Christianity: 12 Hard Questions for the World’s Largest Religion, “Jesus claims rule over all of heaven and earth. He presents himself not as one possible path to God, but as God himself. We may choose to disbelieve him. But he cannot be one truth among many. He has not left us that option.”

I am back on the kickball field, and I expect to be picked last. In terms of size and skill, I am poor, outside the boundaries of those who would be included in the athletic category. And then one of the captains overlooks a whole row of bigger, stronger boys who are smug in their expectation of being chosen. He finds me through the crowd, standing on the back row, looking at my feet, preparing myself to deal with the shame of being picked last or next to last. And he says, “I’ll take Mark.”

Of course, it never happened to me in kickball, I still got picked last, but it did happen to me with the Lord. God looked past all my sinful pride, rebellion, and spiritual poverty and said, “I’ll take Mark.”

He offers good news to the poor, to the least likely, to the lowly. He opens his arms to people like you and me.