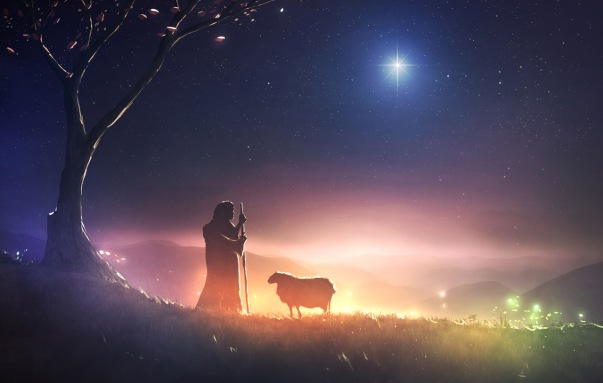 Dave Barry wrote several years ago about the increase of political correctness we find in our culture surrounding Christmas: “To avoid offending anybody, the schools dropped religion altogether and started singing about the weather. At my son’s school, they now hold the winter program in February and sing increasingly non-memorable songs such as ‘Winter Wonderland,’ ‘Frosty the Snowman’ and, this is a real song, ‘Suzy Snowflake,’ all of which is pretty funny because we live in Miami. A visitor from another planet would assume that the children belonged to the Church of Meteorology.” I don’t know about “Suzy Snowflake,” but I do know that when angels appeared 2,000 years ago to poor shepherds on a Judean hillside, they weren’t there to talk about the weather.

Luke tells us that the shepherds were outside, watching their sheep, and an angel appeared to them. Let me ask you: what would you do if an angel showed up at your workplace? I am not talking about your wife, men, though I don’t doubt that she is angelic. No, this was an angel from heaven, not a redeemed sinner from earth. The shepherds went from calm to terrified in an instant. The Bible says they were “greatly afraid.” JB Phillips translates it, “terror-stricken.”

Luke was a historian, and was not given to exaggeration. If anything, he understated the case. The shepherds were terrified and part of the reason was that the angel just appeared, out of nowhere, without warning. Perhaps that’s why the same angel said, “Do not be afraid,” nearly every time he showed up.

God turns the great fear of the shepherds into the greater joy of the shepherds. How? How do you go from fear to joy? By hearing and believing good news. Think of a person waiting for the doctor to come in with the test results. He has been diagnosed with advanced-stage cancer. Now the surgery and the treatments have been done, and test results will reveal the truth. The patient is filled with fear as he waits to hear from the doctor. He goes from great fear to greater joy instantly when he hears the good news: “Your cancer is gone.” The angel says, “Fear not, for behold, I bring you good news of great joy…for unto you is born this day in the city of David a Savior, who is Christ the Lord.”

Heaven has come down; God’s glory has come to earth. Great fear has been replaced by greater joy because of the greatest news the world has ever heard. The bad news for healed cancer patients is that they are still going to die. The good news for redeemed sinners is that though we die, we will live again because of the news the angels proclaimed on a Judean hillside two millennia ago. Are you looking for joy this Christmas? Then believe and receive the good news.

May you have a merry and joyous Christmas!