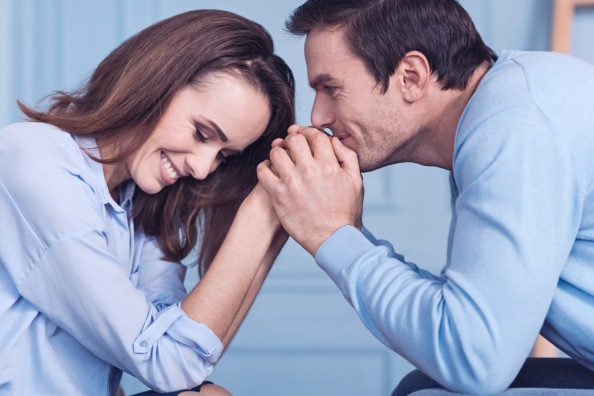 Sexual immorality is constantly in the headlines these days, but there is nothing new under the sun. Ever since the first man and woman chose to believe the enemy of their souls instead of their Creator, and sin entered the world, sexual immorality has been in the news. Read the Bible, one of the most explicit books about sex on the market. Be careful! You may be shocked at the honesty of the book on this topic. Beware! You also may be changed by what you read, as the Lord uses the words of his story to turn people’s lives upside down. Or, right-side up, actually.

Paul says it as plainly as possible in his first letter to the Corinthian church: “The body is not meant for sexual immorality, but for the Lord, and the Lord for the body.” God created the human body not for illicit pleasure but for his glory. He adds to this by saying, “You are not your own, for you were bought with a price.” Do you see the implications of believing that this one body we have been given is actually not ours to begin with? That it belongs to God and its use is for God and for his glory? The price he paid to be able to ask that of us was the life of his own son on a cross.

Sex was God’s idea, and he created it for husbands and wives to enjoy, but ultimately for his glory. Do you remember the marriage covenant God created and spoke into existence in the garden? “A man shall leave his father and his mother and be joined to his wife and the two shall become one flesh.” Paul repeated that amazing promise and said, “This mystery is profound, and I am saying it refers to Christ and the church.” This explains the greatest purpose for sexual intimacy. Sexual intimacy with a covenant-spouse gives us a greater understanding of the covenant-making and covenant-keeping love that God has for us. We have been joined with Christ through the covenant he initiated through the shedding of his own blood. That’s why Paul asks, “Shall I then take the members of Christ and make them members of a prostitute?” And that’s why Paul answers his own question: “Never!” It is unthinkable for we who are Christ’s to become one flesh with a prostitute, or with anyone to whom we are not married. This is also why the use of pornography perverts God’s creation of sexual union between a husband and a wife.

What are we to do? Flee from sexual immorality! This is a one-step program. Are you tempted? Flee. That is exactly what Joseph did when Potiphar’s wife invited him into her bed-chamber. He literally ran out of the house, leaving the garment behind that she was holding onto when he bolted. The Bible never tells us to resist lust. We cannot do that. Flee. Don’t stay. Leave. Run. Some people are proud of that 0.0 sticker on their vehicle, boasting that they never run to or from anything. How many would say the same about sexual sin, and admit that they never run from that, either?

Sex in the marriage bed is a wonderful gift of God, but for many, it has been damaged by sin. If you are caught in sin, you do not have to stay there. Cry out to God for help. Seek the biblical counsel of a godly man or woman. Get free. Do it for your spouse, for yourself, and for the Lord