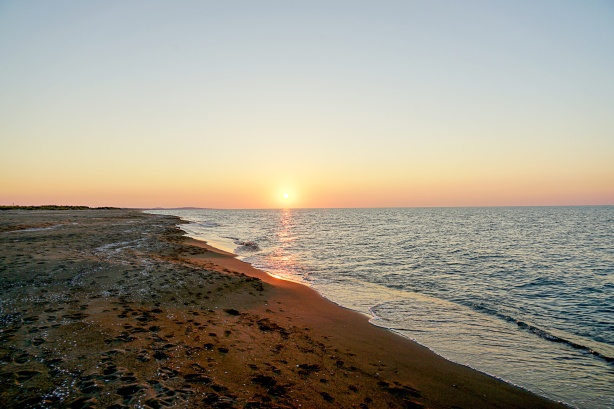 I love summertime. I have always loved it. It brings back some of my best memories of childhood, which includes, at the very top of the list, trips to Surfside Beach. Every summer my family would rent a small cottage down near the beach and spend a week there. Dad was always a little less stressed and we would play in the sand, swim until we were waterlogged, look for shark’s teeth, fish off the surf, and get sunburned. Getting burned wasn’t much fun but the rest of it was a blast. The day ended with showers for all and a trip down to Murrell’s Inlet for some of the best seafood in the world. We were usually there with my Mom’s parents, and a lot of the talk at the table included stories about previous beach trips and childhood stories from my grandparents about growing up in the 1920s. My granddad would talk about some of the crazy things that happened to him when he was a deliveryman for a laundry and then later a journeyman electrician. My grandmother was a receptionist at Whitaker Park in Winston-Salem, and would regale us with stories about meeting people like Lucille Ball and Gary Moore.

After supper we would often walk down to one of the docks at the inlet where the deep sea fisherman were cleaning up from a day out at sea. As a little boy I would stand with my mouth agape at some of the big marlins, giant bluefin tuna, and other game fish that were on display on the docks. Occasionally someone would have a hammerhead or tiger shark strung up on the scales, and we three boys would ogle and point and threaten to push one another into their fearsome and jagged rows of teeth. Dad would almost always get one of the fishermen into a conversation about his big catch, and I learned from my father that you really don’t have to be afraid to talk to anybody as long as you are asking them about themselves.

We would spend the rest of the evening back at the cottage, either playing cards or working on a 1,000-piece puzzle in the living room, or sitting on the front porch and listening to the sound of the waves crashing on the shore. The conversation again would turn to childhood stories, and I would listen and learn of my heritage. I also learned what a good story sounds like and would practice telling the stories of my own life in my head, pretending at times that I would write them all down in a book one day.

The next day at Surfside Beach would be very much like the previous day. But we never got tired of it, and by May every year my brothers and I were counting the days until summer vacation and dreaming of the trip to the beach. It was one week of family time without any interruption from school or chores or friends.

Jesus told His disciples on more than one occasion, “Come apart by yourselves to a deserted place and rest awhile.” Vance Havner used to say that if we don’t come apart and rest awhile, then we will come apart. I for one am very thankful for my parents’ commitment to taking an annual vacation with their three sons. I don’t remember exotic trips to far away places. I remember salty, sunny seascapes, simple fun, sprinkled with stories and lots of laughter.

It nourished my young soul.