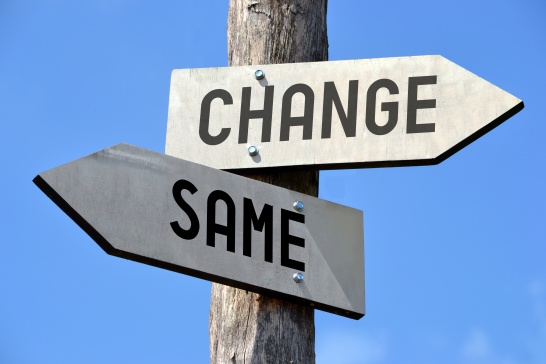 You can live in the past, and be constrained by it. Or you can learn from the past, leave the past in the past, and run without hindrance toward the finish line. Which character in the New Testament, based on his past, was least qualified to be a leader in the church? That would be Paul, the pre-conversion terrorist whose passion was to track down and imprison Christians. After Paul’s conversion, he could have easily crept back to his hometown of Tarsus, lived a quiet life there, minding his own business, feeling bad about his past sins, and waiting patiently for death. Except for one minor detail: the upward call of God in Christ Jesus. He was chosen, and he was called, and God had a plan to use his life (and yours and mine) for the Gospel. That means that no one reading this column has a past that is bad enough to disqualify you, even if you have been a terrorist. So, what do we do if we want to know Christ and be useful to him in ministry? Paul said it like this: “Forgetting what lies behind, and straining towards what lies ahead, I press on toward the goal of the upward call of God in Christ Jesus.”

Anything in our past or our present that would rob us of our run after Christ needs to go.  That could mean failures of the past. We all have them. That could mean successes of the past. We all have those as well. Leave them there, along with your past defeats, and press on. This also means that if we are presently entangled in a way that hinders our pursuit of Christ, we need to disentangle. Young people, if you are in a relationship with someone who doesn’t make you want to be more like Christ, that is a clear warning from God that he or she may not be the right person for you. I would encourage you to seek godly counsel and not make a lifelong mistake.

Maybe it’s not a relationship with a person that hinders your run, but just a life filled with trivial pursuits. Paul wrote, “Have nothing to do with silly, irreverent myths. Rather, train yourself for godliness.” Silly, irreverent myths, or silly, irreverent activities could describe about 95% of what is on television or Netflix or at the theater, couldn’t it? Be honest with yourself about this: are you saturated with entertainment to the point that pursuing Christ is either a third-place hobby in your life or something that doesn’t even show up at all? What would it look like for you and me to train ourselves for godliness? To strain forward toward what lies ahead instead of simply living for the next movie, the next Netflix series, the next reality show, the next video game, the next ballgame, the next golf outing, the next shopping spree, the next ­­­­­____________(fill in the blank with your preferred entertainment option.) It doesn’t mean we have to chuck our golf clubs in the lake or our TVs in the woods. It might mean, however, that we put limits on the many ways we tend to “amuse ourselves to death.” It will definitely mean that we begin an earnest run after Christ. Look, you can put one of those silly and sad 0.0 stickers on the back of your pickup if you want, proudly announcing that you don’t run unless something is chasing you. But you cannot put that sticker on your soul. If you know Jesus, you are called to run after Him with all your might. Period.

Knowing Jesus and helping others to know Jesus was all that really mattered to Paul. It was the one thing that marked his life more than anything else. He let nothing get in the way of that pursuit.

What one change could you make in order to pursue the one thing that matters most?

One thought on “What One Change Would You Make?”