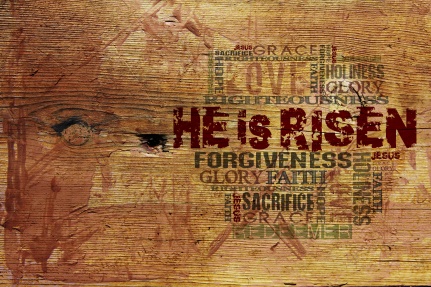 After God parted the Jordan River and Joshua led the people across into the Promised Land, God had them stop and build a monument and said, “That this might be a sign among you. When your children ask in time to come, ‘What do those stones mean to you?’ then you shall tell them …” The monument was a visible reminder of the grace of God.

Vance Havner used to tell the story of a little town in Alabama where the main livelihood was cotton. Then tragedy struck in the form of the devastating boll weevil. All of the cotton was destroyed and it looked as if the farmers were headed for the poorhouse. But they didn’t despair. One man decided to plant peanuts instead, because boll weevils hate peanuts more than a mom whose son has a peanut allergy. Another farmer planted a different crop, and another and all of the farmers did the same. Before long, peanuts and other crops took over for cotton. The town later became known as Enterprise, Ala. And do you know what they did to commemorate that year? They erected a monument to the boll weevil!

Vance Havner wrote this: “Sometimes we settle into a humdrum routine as monotonous as growing cotton year after year. Then God sends the boll weevil; He jolts us out of our groove, and we must find new ways to live.” Financial reverses, great bereavement, physical infirmity, loss of position — how many have been driven by trouble to bring forth finer fruit from their souls! The best thing that ever happened to some of us was the coming of our boll weevil.

What should we do? Build monuments as a visible reminder of the grace of God in our lives.

Monuments are often found hanging on our walls, as we put up pictures of our children, or we have videos of their baptisms and the family events that we celebrate and don’t want to forget. We have Bible verses framed on the walls, the Word of God set there to remind us daily of his grace, as frontlets before our eyes. We have marked out our lives, as a reminder to ourselves and our children and grandchildren that our God is real, and that we belong to him. But we shouldn’t just build monuments to great successes. Write down what you learn from your crop failures. Your sickness and surgery.

The loss of a loved one. As CS Lewis said, “God whispers in our pleasure, but he shouts in our pain.”

I recently heard an interview of Terri Roberts, whose son Charlie was the man who walked into an Amish schoolhouse in 2006 and shot ten children, killing five. Terri Roberts heard the sirens while on lunch break at her job at Sight and Sound Theater that day, and then got the news that her son was the murderer and had taken his own life as well. Can any of us imagine hearing that news about our son?

Could any of us imagine doing anything upon hearing that news besides crawling into a hole and never coming out again? But God’s grace was poured out on those parents immediately through the Amish neighbors who came to their house to say they loved them and forgave their son.

Terri has just written a book called “Forgiven,” in which she talks about the tragedy and how God brought the community together through it. What a powerful monument to our God who brings hope through great pain.

What monuments to God’s grace have you set up?