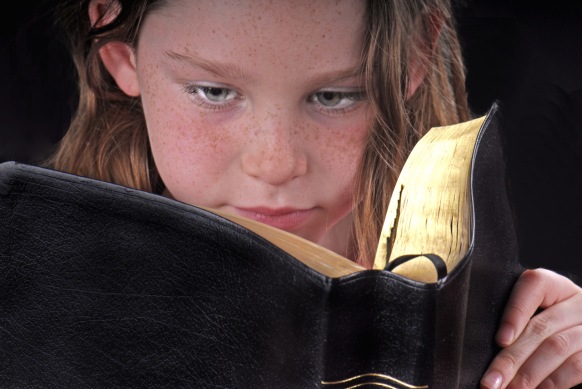 “Once upon a time a man went down from Jerusalem to Jericho, and fell among thieves; and the thorns grew up and choked the man. And he went on and met the Queen of Sheba, and she gave that man a thousand talents of silver and a hundred changes of raiment. And he got in his chariot and drove furiously, and as he was driving along under a big tree, his hair got caught in a limb and left him hanging there. And he hung there many days and many nights. The ravens brought him food to eat and water to drink. And one night while he was hanging there asleep, his wife Delilah came along and cut off his hair, and he fell on stony ground. And it began to rain, and rained forty days and forty nights. And he hid himself in a cave. Later he went on and met a man who said, ‘Come in and take supper with me.’ But he said, ‘I can’t come in, for I have married a wife.’ And the man went out into the highways and hedges and compelled him to come in. He then came to Jerusalem, and saw Queen Jezebel sitting high and lifted up in a window of the wall. When she saw him she laughed, and he said, ‘Throw her down from there,’ and they threw her down. And he said, ‘Throw her down again,’ and they threw her down seventy-times-seven. And the fragments which they picked up filled twelve baskets full. Now, whose wife will she be in the day of the Judgment?”

The membership committee agreed that this was indeed a knowledgeable candidate.

That fictional story illustrates a sad truth: more Americans than ever before are biblically illiterate. Jay Leno once asked members of his audience about the Bible while taping his late night show.

“Name one of the Ten Commandments,” he said.

“God helps those who help themselves?” someone ventured. (Uh…wrong)

“Name one of the apostles,” Leno asked. No one could.

“Name the Beatles,” Leno said. Without hesitation, the answers came from many, shouted almost in unison: “George, Paul, John and Ringo!”

Just wondering…how much of our language is foreign to those who don’t know the Bible? Phrases like these, “A house divided,” “Blind leading the blind,” and “Can a leopard change his spots?” all have their origin in the Bible. That’s just three phrases, the ABC’s if you will, but there are hundreds, thousands of biblical references that have become commonplace in our language, and the power of their meaning has been lost.

That’s not the greatest cost of biblical illiteracy on our nation, however. David wrote, “I have hidden Your word in my heart, that I might not sin against You.” Those who throw away the compass are bound to get lost. Those who become “a law unto themselves” (another biblical reference) are headed for destruction.

We need the Bible. Not just on our shelves, but in our hearts.

One thought on “Biblical Illiteracy Carries a High Price Tag”