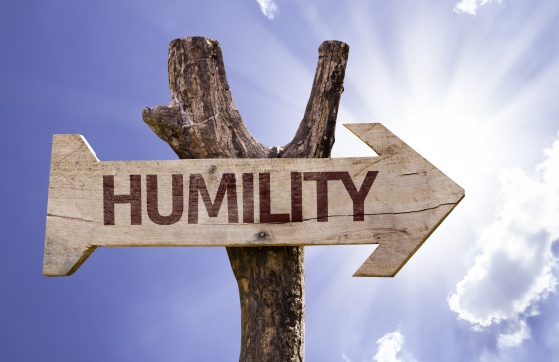 I remember those early Saturday mornings in the summertime when the kids were little and we were all loaded up in the car and headed to Holden for a week of vacation. You couldn’t do much more to increase my joy at that moment. But if the kids wanted to just send me over the top in ecstatic utterances of praise, all they had to do was get along with each other on the trip. They would have the same mind, to paraphrase Paul’s letter to the Philippians, the same love, and be in one accord. Even though we were really in one Odyssey. Paul is pointing to a place we all should move to as soon as possible. Humility. It’s not a geographical location but a way of life. What does that look like in our relationships?

It means that we have the same love. Let’s face it, some Christians are like porcupines; they have a lot of good points but they’re hard to get close to. Notice that Paul surrounds having the same love with two phrases about being of the same mind. Every fight between church members starts in the mind. A church split in Dallas started when one of the church elders was served a smaller slice of ham than the child sitting next to him. I’m not making this up. Instead of keeping his big mouth shut, stuffing it with a big slab of apple pie, the church elder expressed his displeasure, and the pork problem led to a church-wide divorce. The whole thing started in his mind, and revealed a lack of love for his fellow church members.

Humility means also that we do nothing from selfish ambition or conceit. John Wooden, famed UCLA basketball coach said, “Talent is God-given; be humble. Fame is man-given; be thankful. Conceit is self-given; be careful.” Paul had just written to the Philippians about the preachers who were proclaiming Christ out of selfish ambition. But Paul didn’t gloat and exalt himself above them. He praised God that Christ was being preached. How could Paul be so lacking in selfish ambition and conceit? Here’s how, and he concludes the verse with it: “In humility count others more significant than yourselves.” This command pierces our hearts, doesn’t it? This runs so counter to everything in our culture, where self-promotion seems to be the key to success, and ambition and conceit the normal fare. Instead, let’s pull up stakes and move our heart and our life to Humility. John Stott wrote, “At every stage of our Christian development and in every sphere of our Christian discipleship, pride is the greatest enemy and humility our greatest friend.”

Finally, humility means that you “Look not only to your own interests, but also to the interests of others.” If our whole life is a series of selfies, interrupted by the occasional detour into serving people at a food pantry or sending a check to a missionary, then we have missed the point, haven’t we? I was in Wal-Mart with my wife recently, and my goal in that store (and any other store) is simple: get in, get it, get out. I had that look on my face, I guess, and Cindy said, “You know, if you look around at the people, it changes your perspective. I see people in here who are hurting, and it causes me to pray for them as we pass by.” Ouch. Suddenly my goals for shopping at Wal-Mart changed, as I moved my heart to Humility for the rest of that trip.

Go to the beach or the mountains, sure! But by all means, move to Humility. Life is better there.